Game 3 was yet again another tight game full of skill and hard fought puck battles. With the series sitting at 2-0 for Pembina, your Charleswood Hawks were looking to pull the win out of this one to avoid going down 3-0 in the series.

Pembina would get on the score board first mid way through the 1st frame, however Sean Robinson would get his first of the playoffs just over a minute later at the 10:29 mark to tie it up! The assists went to Spencer Ferbers and Joben Smith.

Pembina would catch a lucky break as they were able to spring into a breakaway with a player coming out of the penalty box to go up 2-1 in the 2nd. While your Hawks were able to apply some real pressure in the 3rd period, they were just not able to get the puck into the Pembina net a second time and the game would end in a 2-1 final.

With Pembina being up 3-0 in the series, it’s do or die for your Charleswood Hawks as they host the Twisters this coming Friday at Eric Coy for game 4. We need all Charleswood Hawks fans to come down and cheer on the boys to make this a 7 game series! Puck drops at 7:30 and we hope to see you there. 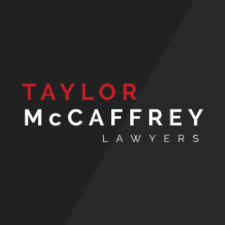